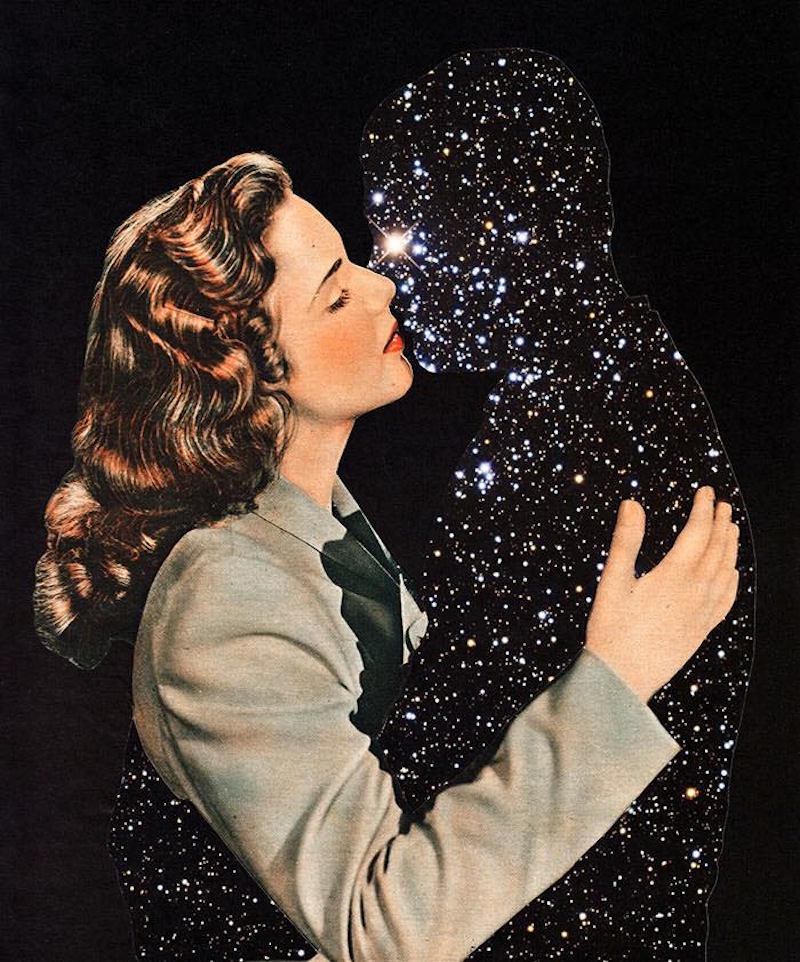 With a press embargo on the day of voting, Chris suggested we take the day off and go for a drive and have lunch at Marfield House in Gorey, Wexford.

It was a dull day and bitterly cold. I voted at my local polling station and Chris at his. I popped to my house to make sure everything was okay. The place felt so empty since I met Chris, and once again, my husband was away. I was forming an adverse feeling to going home. I had a bag of washing I put in the washing machine, then I went into my walk-in closet, situated off the hallway on the ground floor. I loved fashion and, as a result, had an extensive collection. I pulled a few bits and pieces and packed them into my weekend bag. I packed a Marni dark-green short fitted jacket for the count center the next day. I would wear it with cream fitted trousers, a fitted cream silk top and my signature high platforms.

Chris collected me at around twelve pm from the house. We exited the city, hitting the highway to Gorey. Chris drove with confidence, his grip light on the steering wheel. I watched him adoringly, fascinated with the way he multitasked as he drove, answering his mobile, one eye on his emails and texting. When he needed to text, he asked me to watch the road. It was crazy, but hey, wasn’t that the nature of our relationship? He looked tired and preoccupied. I put my hand on his, asking him if he was okay.

“I need to tell you something,” he replied gently.

My stomach tightened. It sounded ominous. He glanced at me, assessing me.

“Do I really need to know what you are about to tell me?” I asked.

He sighed and said nothing. I waited.

“I love you. You know that?” He went silent, waiting for my response.

“Well, what do you want to tell me?” I asked with trepidation.

“I am only telling you this because you are good at sensing things,” he continued, and I swallowed hard.

“It’s Jen. The young girl I met with you at the Mansion House. Are you fucking her?” I asked, my voice quiet and emotionless.

“See, I told you you’re good at seeing things.”

“Are you fucking her?”

“I did, just one night. It was in the very early stages of being with you.”

I said nothing. I took in his words, wondering why he was telling me this now. And why on a drive, when we couldn’t get away from each other. “Only one night?”

“Yes, I promise. I don’t know why. We had a couple of glasses of wine. She came on to me, and it just happened.”

“Chris, she is a twenty-five years old.”

“I know. I need to tell you something else. I had a relationship with her aunt a couple of years ago. It ended badly.”

“And I need to know that for what reason?”

Now I was confused. Lies?

He took my hand, and his lips twitched, almost as if he found my confusion funny. I didn’t see the humor, and pulled my hand away.

“I have no idea what you are talking about, Chris.”

“I have never told anyone this before.”

“I am not your normal guy.”

“I am fifty and single out of choice. I could have been married ten times over. I have never been good at relationships. It’s different with you. I feel for the first time I have met someone I want to live with forever. I feel we have a future together. I don’t want to lose you,” he said with a tinge of loneliness.

With that simple statement he blew me away. My heart was beating. He put his hand on mine, pulling it to his lips. I saw a broken little boy in his eyes, a damaged soul. I longed to fix him, to give him the love he needed. And anyhow, he only fucked her once, and before we became hooked into each other. What difference did that make to us? No difference. As for her aunt—He fucked her aunt, I thought, aghast—well, that was a long time ago. The whole thing sounded sordid. Though reeling from the entire conversation, I somehow believed him. Believed that he loved me with such depth he could trust me with the truth. Believed him when he said I was the first person he wanted to share his life with. We were true soul mates. That was in the past. We were the future.

We both remained relatively quiet for the rest of the drive, simply commenting on the phone calls coming in, or news comments from the radio in the background. Chris took my hand and placed it between his legs, rubbing it against his dick. He held my hand like that for most of the drive. Every now and then I nibbled his ear, kissed his cheek.

An hour and a half later, we pulled up outside the grand Marfield House. As we climbed out of the jeep, Chris suggested we take a little walk around the garden before lunch. We had a gentle, romantic walk, passing an ornamental lake, stunning flower, vegetable and herb gardens. We were in a haven of tranquility, with peacocks, hens, dogs and ponies greeting us along the way. Entering the hotel, we made our way to the restaurant for lunch. It was like walking into someone’s elegantly cozy country home filled with fresh flowers, gleaming antiques, mirrors and period paintings. We sat on a couch in front of a blazing fire. We kissed and talked about us, about how we thought the Candidate would do. We reminisced on the craziness of the whole campaign. We each ordered a light chicken salad and shared a half bottle of white wine. We whiled away the day. We were so relaxed that we would have stayed the night, but Chris was due on a primetime television panel at 9.30 pm to analyze the campaign once the press embargo was over.

I tossed restlessly in bed, hankering for Chris to arrive home and be beside me. I heard the front door open and close and his footsteps coming up to the room. I stretched out on my back, my arms and hands out in anticipation of Chris. He walked in removing his tie and then shook off his jacket.

“You were brilliant on the TV,” I croaked sleepily.

He undressed quickly, throwing his clothes on the back of the old brown leather armchair in the corner. I threw my arms around his cold body, hugging him hard. His cock instantly thickened and lengthened.

“I missed you,” I whispered, gently biting on his bottom lip.

“I love you,” he whispered back. He kissed me softly, caressing my back, reaching my shoulder blades, cradling my neck in his hands. I drew him in with my tongue, eager for a more passionate kiss. His softness faded as I sucked his lips. I ran my hand over his shoulder, feeling the tautness of his muscles, then traced his neck and the back of his head, embracing him tightly. He kissed me with the same intensity I felt coursing through my body. He softly moaned as his hand moved slowly down my back, his lips moving across my cheek and neck. I arched my head back as I felt the smacks of his kisses on my throat.

“I know. I can sense it.” He dragged his lips along my shoulder blades, moving from one to the other, slowly, deliberately kissing me. My body was enthralled with his mellow loving, shuddering with each kiss.

“You’re amazing.” I could barely get the words out.

He returned his lips to mine.

“Let’s see if I can be more amazing,” he said, softly molding his mouth to mine.

His hand ran sensually down my thigh. I held the back of his head, my lips resting on his, gasping as he then moved my leg over his body, drawing me closer to him. I pressed myself into him as firmly as I could to pacify the ache inside my core. His fingers gently ran along my leg, tracing my calf down to my foot then moving up again along my arched muscles to my back. With his hand pressed against my lower back, holding me firmly in place, his mouth melted into mine, kissing me deeply. I shifted my other leg, urging Chris to lift his body slightly as I wrapped it around him. I now had him cradled between my legs. I squeezed him close, feeling his hard-on against my clit. I craved to have him inside me. I gyrated my hips, encouraging him to enter me. He caught my butt in his hands and I thrust my hips toward him. “Keep still,” he murmured, pinning me with a tender gaze. Then with one hard stroke he was deep inside me. I cried out in pleasured pain.

“Can you feel me?” he groaned.

“Yes. You’re deep, it’s so good,” I said. A teardrop ran down my cheek as I thought how deeply I loved this man.

He pinned me to him using his legs and hips, and I couldn’t see anything. All I could hear was my own rapid breathing and Chris’s swift breath in my ear. He ran his fingers across my body gently so that my body rose and filled with my arousal. My body shuddered and I swore the bed was vibrating as I screamed to fruition. Each thrust took him deeper inside me, hitting the sweet spot again and again. The onslaught was overwhelming. Another climax churned through me like a tidal wave. Chris held me tightly, burying his head in my neck, as his body shuddered and groaned, spurting hotly. There was so much of his liquid, it filled me and slicked my thighs. We swaddled together, lying still, and Chris naturally fell out of me eventually. Our lips gently caressing, we fell asleep.

If you would like to receive a book launch offer especially for all of you as loyal followers and fans, please register below. Your details will not be shared. PROMISE. I am wracked with doubts and insecurity about my writing but am lucky to have a wonderful editor, Amy Scott, holding my hand.